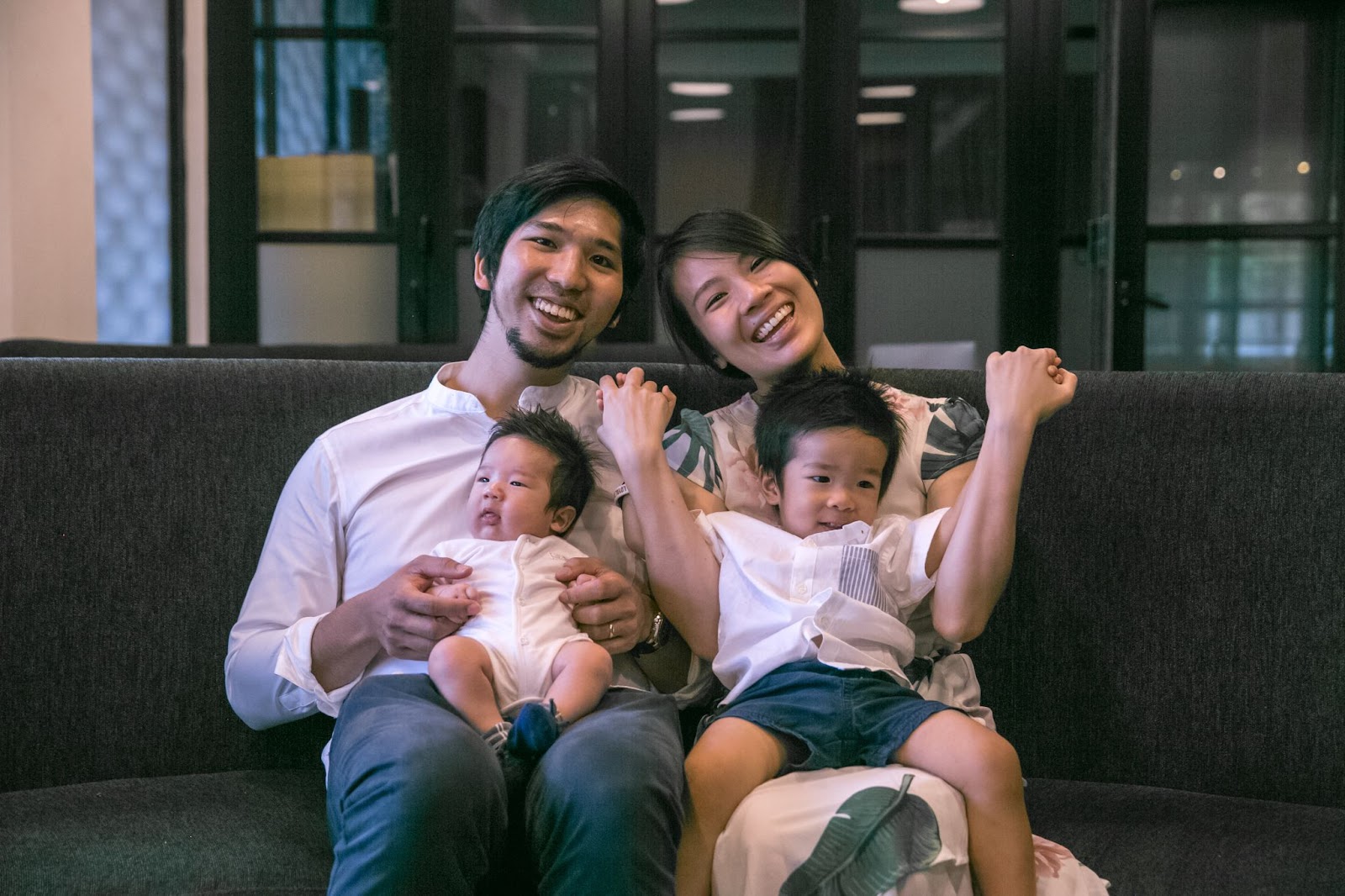 Earlier this year, we interviewed Elden and Jou Ee regarding their ministry plans for the year which had to be changed due to the pandemic (read the interview here). Having successfully completed the Church Ministers’ Apprenticeship (CMA) programme here at CERC last year, Elden was due to make the move with his family to Sydney, Australia to start seminary at Moore Theological College this year.

Initially, the pandemic meant that Elden’s intake would be deferred to 2022 at the earliest. However, as the situation developed and with tightening Australian border restrictions, it became increasingly likely that his intake would be deferred to 2023 instead. As such, after much prayer and careful deliberation, Elden had applied to another seminary in order to keep ministry plans on track.

“We were sorely disappointed by the news that we wouldn’t be able to go to Sydney next year because we have been waiting for close to a year now for things to improve and a further delay to our studies with a 2023 intake was not something we or our church’s ministries can afford for various reasons on top of ballooning estimated costs, what with our sons growing older. Despite these setbacks, we continue to trust that God is sovereign over all of this and we entrust ourselves to His perfect will. And after much discussion & prayer – involving the team of pastors and elders in CERC, our consultant in Theological Education, Dr David Peterson, and respective families – we have decided to consider applying to another seminary for the sake of progressing my seminary education and all its implications. We have decided on Westminster Theological Seminary in Philadelphia, USA, which is also well-known for its robust and well-grounded theological education.” – Elden (from his recent blog)

By God’s grace, Elden has been offered a place in the Pastoral Ministry program (MDiv) at Westminster Theological Seminary (WTS) in Philadelphia and if all goes well, he will be making the move there with his family in mid-August. With these new plans and changes in the financial situation, Elden has also been applying for several scholarships to reduce costs. Thankfully, so far, he has received scholarships that will cover 75% of his tuition fees. The estimated cost for 4 years at WTS is RM1.24 million and the church has raised RM495,000 for Elden, with another RM150,000 having been pledged. In light of this, the church is hoping to raise another RM225,000 in order to secure funding for Elden’s 4 years in WTS (figures shown below). 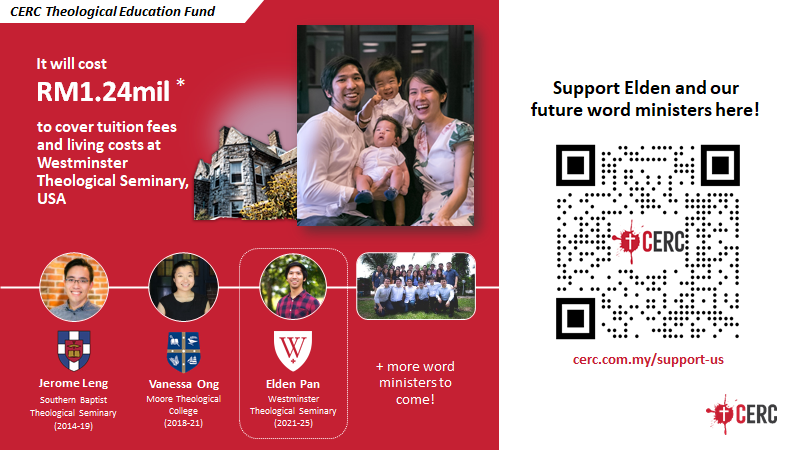 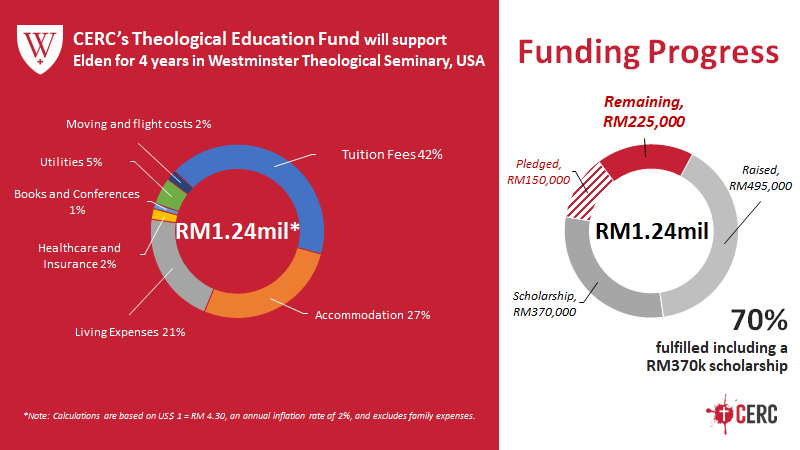 As Elden and Jou Ee prepare to leave for USA, they thank the church and her supporters for all the help they have received and encourage the church to persevere in ministry and faithfulness, “We will miss everyone very much, and we’ll be praying for the church to persevere in faith. We hope that [after 4 years at WTS] we’ll come back to a bigger, stronger church that has grown in her reach in Klang Valley in spite of a pandemic. We look forward to serving alongside CERC in the future!”

Amidst this whirlwind of a situation, the church has been deeply encouraged nonetheless to see how Elden and Jou Ee are making the most of the year by trusting God in their thwarted plans and adapting to new ones.

Watch a brief update from the Pans to their family, friends, and supporters of CERC here.

Please pray for Elden and his family as they finalise plans to move to the United States and that the next four years will be well spent in preparation for full-time paid ministry back in Malaysia. If you are able to contribute financially, we ask that you prayerfully consider giving to CERC’s Theological Education Fund*. Click here to find out how you can support CERC in sending Elden to seminary.

*CERC’s Theological Education Fund aims to raise future pastors with the best seminary education possible to serve the church, and one day, churches throughout the Klang Valley and beyond as well.