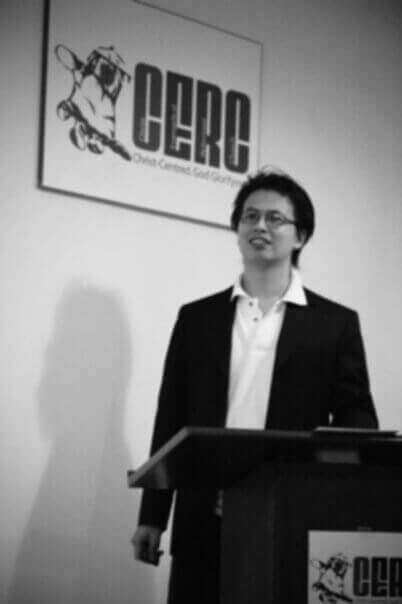 The desire for God’s church to be uncompromised

The story of CERC’s beginnings is the story of our founding pastor, Robin Gan. Born into a non-Christian family, he was converted by reading a Gospel but only grew in understanding when he had access while at The Scots College, Sydney, to the regular teaching of the Reverend Phillip Jensen, then the chaplain of Unichurch at the University of New South Wales. This experience of knowing God and understanding his own life in the light of the knowledge of Jesus’s Gospel never left him, and it was subsequently in the combined ministries of the Campus Bible Study in UNSW, the St. Matthias churches and the Ministry Training Strategy that the call to serve in the church’s ministry was clear.

Subsequent exposure to Christianity here in Malaysia in the 1990s confirmed the need, and after six years of training both as an apprentice and formal theological education at Moore Theological College, he began work as an ordained minister. The hope had always been to work within one of the existing churches to build healthy churches. After three years however it became clear that there were already many elements in the existing leadership and within the structures and culture that would make a church like CERC impossible, so the decision had to be made to start afresh. This was decided with much hesitation, given that he believed in the importance of the historic continuity of the church.

But as Edmund Clowney states:

“The reformation made the gospel, not ecclesiastical organisation,
the test of the true church. Yet the reformers, particularly
in the calvinistic churches, sought biblical standards for
the organisation of the church.”

Too much of the present state of the church and the attitude of Christians indicated an abandoning of the Gospel’s authority, expressed also in assuming it, ignoring it, or actually getting it wrong. Robin’s experience was that even when teaching the denomination’s own doctrinal standards and regulations which were Reformed, there was a great deal of opposition.
Not wanting for disagreement to fester without correction that came from Biblical authority that could be exercised in persistent and robust teaching, he took a massive leap of faith to pursue the creation of a faithful platform for preaching without compromise.

And the fruit of it
is enjoyed by all of us

Today CERC continues to enjoy the massive blessings of being defined by the Gospel. In this context, it is the blessing of being financially strapped all the time, but being under the robust authority of Christ in his teaching. We have the benefit of being a church that has mostly been created by the Spirit’s own work on individuals one by one who woke to the immense blessing of hearing God’s word taught without compromise. We have been witnesses of the miracle of what happens when all that we do, all our energies are 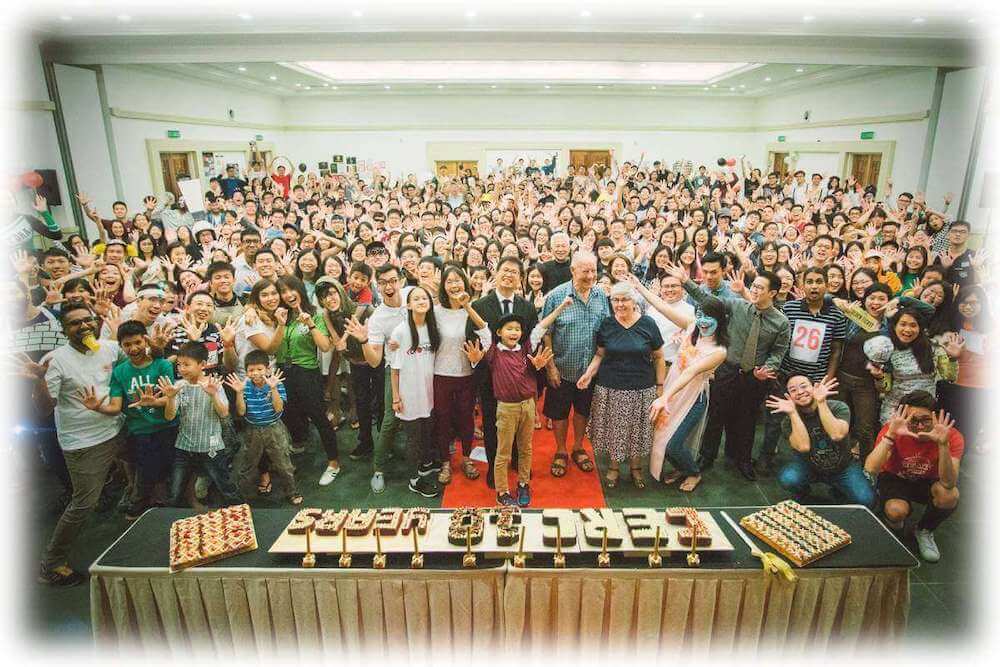 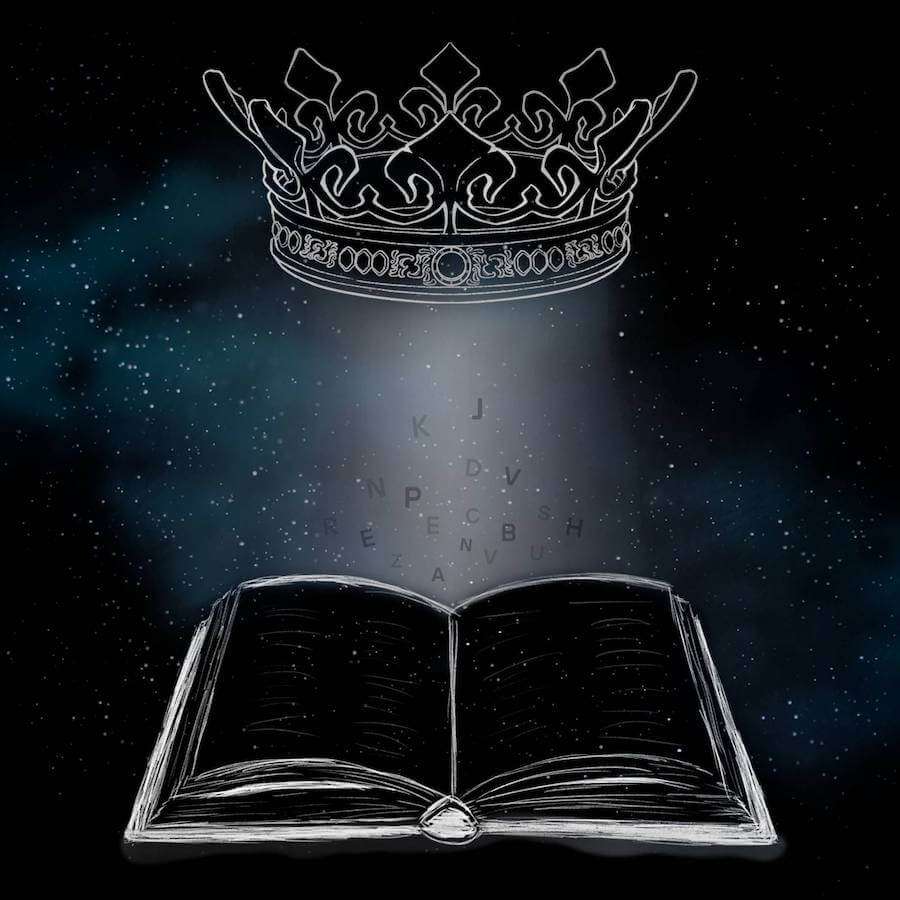 In a myriad of ways this rich flow of the Spirit’s work through Christ’s word creates a rich culture of Christian thought and practice. Bible study is the regular activity for all of us. And though we don’t have a formal recruitment program for pastors and church workers, but, as God’s word dwells richly in us, individuals regularly over the years, have responded to His call. More are coming. And although the church is sinful and failing to reflect Jesus’ boundless worthiness, yet there is a keen-ness for ministry and for his mission overall, even with intense opposition. This is what allows so many in the church to participate in so much work across a wide range of fields, from cleaning duty to long hours of word ministry preparation and facing

each other’s internal struggles with resolute hearts in hope. This is behind the high number of volunteers from the church in partner ministries that serve the wider Klang Valley. This faith seen in the labour of love is God’s gift to CERC from the preaching of His word. No pastor could ever make perfect a people whose sanctification is dependent on the fact of Jesus’s Lordship being appreciated and appropriated by His own people. No system or manual of Standard Operating Procedures can substitute how the Spirit empowers His church. CERC benefits from the Gospel as she preaches the Gospel without fear or favour.

CERC is really a church therefore when it comes to the supremacy of God’s rule in His Son’s Word, we will not compromise. Christians do not benefit themselves when they measure a sermon by time or by the audience’s positive response or perceived limits. Wiser and experienced Evangelical pastors before us often taught that it is the congregation that must conform to the Lord’s expectations and not the other way around. It is in this spirit of ‘soli deo gloria’ that we are both Evangelical and Reformed.

“As evangelicalism broke out of the ghetto of fundamentalist isolation, it began to make the same compromises with the secular culture that made liberalism respectable - and redundant.”

Today’s evangelicalism affirms the importance of CERC remaining faithful to the reason it was created. So much of Christianity is repeating the very problems the Reformation was meant to deal with. In fact, the forms in which error comes today is even more seductive in an environment that is more aggressively anti-Christian. For both churches and CERC there is a constant temptation to be a product of culture, to pander to culture, to get approval from culture. Instead of fighting harder, the Church is often no different from culture, a problem eventually seen in the way it handles the Gospel, for instance in evangelism. The problem predates liberalism in the 19th century, and in Malaysia widespread biblical illiteracy leaves God’s church defenseless (Ephesians 4:11-17). Thus CERC has to be challenging urban people to live out the Lordship of Christ in dedication, revering God in their lives rather than just resting happily in confidence that they’ve booked a place for themselves in heaven.

Today after decades of experiencing the reality of life, as a young church that has matured, we’re more aware than ever of how much the call of the writer of Hebrews is to be taken seriously. His call for us to ‘run with endurance the race that is set before us, looking to Jesus, the founder and perfecter of our faith, (Hebrews 12:1-2 ESV)’ is in the context of opposition, but also of internal weakness and apostasy. Ministry today is not different. Sometimes, it is worse. Not only does nominalism hide in Gospel-centered churches, but also faithful and explicitly Reformed ministry of the word will be met by sin in the church and people turning against ‘sound teaching’ (2 Timothy 4.3-5). For God’s church, now is the time to ‘endure suffering’.

13 But rejoice insofar as you share Christ's sufferings, that you may also rejoice and be glad when his glory is revealed.
14 If you are insulted for the name of Christ, you are blessed, because the Spirit of glory and of God rests upon you.

Our primary command from God is to make disciples for His Son.
This command comes in the context and reality of all of the above.
Our understanding of all this, determines how we are to carry this command out. The Why explains how we do God’s work.
Pastoring people on their way to heaven is not a task for the faint-hearted. Loving each other as God’s people relies on more, not less love for God’s truth. The lie ‘doctrine divides, love unites’ is a forceful example of how much people will embrace their desires by twisting God’s revealed ways. Ministry is very hard. But a united body of people is God’s plan for carrying out this task.
That’s why CERC exists.