What Would An Ideal Polity Look Like From a Christian Perspective? | Christ Evangelical Reformed Church (CERC)

What Would An Ideal Polity Look Like From a Christian Perspective?

There is no ideal polity, at least not in the way most Westerners would think about the matter. Following in the Greek tradition of Plato and Aristotle, democratic Westerners think in terms of one constitutional structure versus another, as in “Give us democracy, not monarchy!”

Yet the biblical worldview does not work this way. It idealizes no civil polity in abstraction, but evaluates every historical polity according to whether or not it accomplishes the task that God has set for civil governments in Genesis 9:5-6 (elaborated upon in Romans 13:1-7). The ideal polity, if we're going to call it that, is one which renders judgment according to God's understanding of right, thereby preserving and honoring all people made in his image and providing a platform for the redemptive work of his special people.

Under a certain set of cultural conditions, the institutions of a liberal democracy best accomplish these ends. But in some contexts they don't. Democracy, like every other constitutional form, belongs in the category of prudence, not absolute principle.

That said, there is one polity form the Bible idealizes, but we'll come to that in the conclusion.

Go Ahead And Preach To The Choir

The first thing Christians must recognize in writing about better and worse forms of government is that we must start by writing as Christians to Christians. This contradicts, I understand, what is patently obvious to several very smart friends of mine. They insist, as many do, that Christians should theorize about government and justice in a manner that is “publicly accessible.” If your theory of government cannot convince the majority of non-Christians, what good is it?

Yet their argument is not only pragmatic. Too, they might appeal to natural law, or common grace, or to government as a creation ordinance. Government is for everybody—Christian and non—so we should make arguments for everybody, right?

I agree there is time to make publicly accessible arguments. But if you start here, you will trade away the terms of the conversation. No one actually builds a theory of government and justice apart from their basic worldview commitments, and if you pretend that you can, you will simply let someone else's basic commitments define the conversation. It's better and more honest to start by acknowledging your basic commitments, to ask others to do the same, and then to figure out how make the constitutional and policy implications of your own commitments persuasive and accessible.

All that to say, any conversation between Christians about the ideal form of polity must first be a deeply biblical one.

The Problem With Idealizing Any Form Of Government

What then does the Bible say about the ideal form of civil government? Absolutely nothing. To then argue for one form over another goes where God has not gone.

Genesis 9:5-6 provides the original charter for civil government. Three times in verse 5 God says he will require a reckoning for the life-blood of a human being. The fact of government is not grounded in consent, but in what God requires. Verse 6 then articulates the basic principle of governance and justice: “Whoever sheds the blood of man, by man shall his blood be shed, for God made man in his own image.”

Humankind remained wicked after the flood. God determined to stay his own hand of judgment and let history continue. Still, he established a human mechanism for preventing the Cains from killing the Abels, thereby establishing a modicum of peace and order. In Genesis 9:5-6, God therefore authorizes humans to wield the sword to render judgment for crimes against other humans.

What's interesting, however, is that this text says absolutely nothing about how governments should be formed. By military conquest? Inheritance? Democratic agreement? Those are the three basic options, but nowhere does the Bible say.

In fact, God employs several forms of constitutional structures to govern his own people through course of the Old Testament: family structures among the Patriarchs, judges from Moses to Samuel, monarchy from Saul to the exile, and then, apparently, the formally independent qahal while in exile. No system is sacrosanct.

As Westerners, we typically want to say that some form of liberal democracy is the best of the worst (to paraphrase Churchill). Our political imaginations are almost incapable of conceiving of something else. And within a certain kind of political culture, imbued with centuries' worth of Christian-ish values, I would agree. The various structures that Americans associate with liberal government (popular elections, a written constitution, a bicameral legislature, judicial review, the separation of executive and legislative branches, and federalism) have contributed great good to the state of many Americans.

Still, we cannot say that these are the right structures for all times and places. How well has democracy fared in the post U.S.-occupied Afghanistan or Iraq, or in the former Soviet republics of central Asia?

When you idealize a governing structure and concept of justice that does not have the express endorsement of Scripture, you risk both the idolatry of substituting man's wisdom for God's, and you risk trading one set of injustices for another.

My point is not to say I would prefer a non-democratic government. But I do mean to relativize just a bit what we take for granted as Westerners, and to distinguish what's absolute (the Bible) and what's merely prudential.

What The Ideal Government Does

What then does the ideal government do? Whether it's a monarchy, oligarchy, or democracy, the ideal government acts as God's servant, as Paul puts it. It employs the sword to approve what is good and to punish that which is bad (Rom. 13:1-7). It renders judgment, as God puts it in Genesis 9:5-6.

Paul therefore observes that God determines the borders of nations and the dates of their duration so that people might seek him (Acts 17:26-27). People need to be able to walk to church without getting mauled by marauders. They cannot get saved if they are dead.

He also urges us to pray for kings and all in high positions so that we may lead peaceful and quiet lives. “This is good,” he continues, and “pleasing in the sight of God our Savior, who desires all people to be saved” (1 Tim. 2:2-4). We pray for our government so that the saints might live peaceful lives and people will get saved.

The ideal government, ultimately, provides a platform for the work of the saints. It builds a stage for the drama of redemption. It doesn't interfere with the church's work, and it makes sure that no one else does either.

Two basic kinds of governments then show up in the Bible: those that shelter God's people, and those that destroy them. Abimelech sheltered; Pharoah destroyed. The Assyrians destroyed; the Babylonians and Persians, ultimately, sheltered. Pilate destroyed; Festus sheltered. And depending on how you read Revelation, the history of government will culminate in a beastly spilling of saintly blood.

If I were forced to point to a single verse that capture's the Bible's political philosophy, it just might be 1 Kings 3:28. Following the episode with Solomon and the two prostitutes, the narrator observes that the people of Israel “stood in awe of the king, because they perceived that the wisdom of God was in him to do justice.” A good government relies on God's wisdom and justice. Specifically, it employs the wisdom of God to do justice (see also 2 Sam 8:15; 1 Kings 10:9; Ps. 72:1-2; Prov. 29:4 Ezek 45:9). It employs the power of the sword to insist that people are treated as God-imaging ends not as means. And, again, perhaps the most important way it treats humans as made in the image of God is to provide the church with the freedom to do its work.

A final biblical lesson: there is no ideal polity apart from renewed and regenerate hearts. You can have God's chosen king and a divinely revealed law, and still a nation will lurch toward idolatry, injustice, child sacrifice, oppressing the poor and foreigner, and ruling by bribery.

The truly ideal polity combines not only righteous laws, but hearts that actually want to obey those laws. And that ideal polity can in fact be found in the new covenant, regenerate church.

Really, this is the topic for another article. But for the record, it is the local church that should act as God's ideal polity on planet earth. Churches are Christ's kingdom embassies of God's justice and righteousness, and they are to provoke the wonder and envy of the nations.

Where will swords first be beaten into plowshares and spears into pruning hooks as enemies learn to love one another? Where should we look for “the just and lasting peace” that Abraham Lincoln pined for in his second inaugural? Where should we expect to see little black boys and girls sitting down with little white boys and girls, as Martin Luther King, Jr. dreamed? In your church and mine. There the end of history has broken into the present, and we find God's version of the ideal polity. 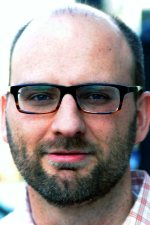 Jonathan Leeman, a member of Capitol Hill Baptist Church, is the editorial director for 9Marks and the author of Church Membership: How the World Knows Who Represents Jesus and Church Discipline: How the Church Protects the Name of Jesus (both Crossway, April 2012).

This essay first appeared on the Canon & Culture, linked here.

Although we are unable to gather physically for the time being, CERC will continue to stream our sermons online this Sunday at 10AM & 6PM.

Want to catch up on previous sermons? Check them out here and get up to speed!