If you prefer reading, here is a transcript of the video!

I: You know, I’ve never actually met Auggie yet.

I: I mean, I’ve seen him. I’ve seen you guys carry him, but I’ve never met him personally.

J: You’ve never interacted with him.

I: Yeah yeah, I haven’t. And he’s probably grown a lot since the last time.

J: Yeah. Last time he was a little baby in church. Now he’s just running all over the place… But he’s taking a nap now, so that’s why I’m here!

I: Yeah, thanks for making the time! I know – I’ve heard at least, that it’s really hard to find a slot within the day, especially as a mum – it’s like a full time job, like a 24/7 job, where, as long as your kid’s awake, you’re awake. So…

I: I’ve actually really been looking forward to having this conversation on motherhood. Because, I mean, I’m not married, I don’t have any kids, whereas you’ve been married to James for about three and a half years now? And, you’ve had your son Augustine for about one and a half years?

J: Well, lemme just tell you up front. To be honest, motherhood is just, it’s a lot to learn, and it’s a lot to take in, a lot to grow in. It’s very humbling, very sanctifying. Just understanding that we’re all sinners before God, even from birth, is important. A child from birth is certainly sinful. You can tell from the way a toddler throws tantrums you know, when they don’t get what they want – when you didn’t put on the right pants for him today, they’ll be like arrgh! So angry. Parenting, you just need to be able to show your child his heart, his sin, and his need for Jesus.

Parenting, you just need to be able to show your child his heart, his sin, and his need for Jesus.

I: What are some of the day to day decisions you have to make when it comes to raising Auggie?
J: Yeah, that’s a good question right? How does it look like? So the other day, I think recently, Auggie had a meltdown. I had to figure out what was wrong. Because I didn’t know. I was trying to cook his lunch, and he had just finished playing with water, I was just drying him, and putting on a new shirt for him, and then he just started bursting out, he just burst into tears. He was really upset. I couldn’t really figure out what was wrong because he can’t really communicate yet. He can say one word here and there, but I think he was really upset at that point. And in this case, I had to work out: is this a matter of discipline? Definitely no, because he needed something but he just couldn’t tell me. It’s not like he didn’t want to tell me. I had to try different things, and in the end he was hungry. He was just really hangry. I offered him a plate of snacks and asked him: “Do you want a snack?” He stopped crying and followed me to his table and sat there and ate.

On my part, it’s also learning to be gentle, to be patient, and to be kind, to show him what it means to help one another and to care for each other. I am trying to teach him to use his words though, if he’s throwing tantrums, I’ll be like: “Auggie, use your words.” And I have to go through a list of things, “Do you want this? Do you want this? Do you want this?” Sometimes when I get it, he’ll stop crying, and he’ll be like “that, yeah.” This is the stage where we’re at, I’m sure it’s going to be different later or so. Once he can talk, then maybe that’s going to be a different story.

But in terms of discipline, things like, if I’ve told him not to touch a certain thing, like don’t touch the hot pot, for example, and he purposely wants to go and do it, then yeah, he needs to be disciplined, taken into a room. Sometimes, him feeling a little bit of the heat is already enough, and he’ll be like: “Oh, I better not do this.” So I need to make sure that he knows my instruction, and that he actually can do it, then only I can discipline him if he disobeys it. So I have to take him into a room, discipline him and say sorry and stuff like that.

I: How do you work that out in such a short span of time? Like, on the spot, you know?

J: I’ll tell you what, Isabelle. My brain is constantly like, overly stimulated.

I’ll tell you what, Isabelle. My brain is constantly like, overly stimulated.

I think expectations are important. As Christians, we should have the expectation that we are sinful, and I should be expecting disobedience pretty much every day. And on days that he obeys, I’ll reinforce it and be like: “Wow, that was so good! I’m so happy you chose to be kind, or be gentle.” So, today he was just gently patting the cat. Sometimes he’s pretty rough with them. Recently, he was like gently – I could see him making effort – and I was like: “Oh, that’s so good, Auggie! I know you’re being gentle with the cat.” Just reinforcing it. And he was smiling at me.

As Christians, we should have the expectation that we are sinful, and I should be expecting disobedience pretty much every day.

I: Not to stereotype – and maybe I already did by saying that – but you know as Asians, we often have high hopes for our children. Do you have any personal ambitions for Auggie?

J: Nothing like “I want him to be a doctor” or whatever. But, I guess personal – me being a person that loves music, obviously I want my child to love what I love, right? So, that’s just one example. I’m exposing him to music while he’s young, seeing what he’s interested in.

Of course, in terms of what he wants to study when he grows up, I’m actually okay with anything, as long as he does not break the law. And as long as he learns to actually glorify God in his work and his studies. And he has to work it out; he has to actively work out his faith, wherever he is.

But I’ve realised that it’s very easy to idolise our children, because your world practically revolves around them. And I mean that like in the realest way. Your schedule, your meals, everything is revolving around them. Like, I cannot be here, right now, unless my kid is napping. So it depends on him. What time I get up also depends on him, what time I go to bed – what time I go to bed is okay because he goes to bed earlier. But everything, a lot of decisions, it all revolves around them. I do love my son very much.

But if he ever got into criminal activity for example, I will have to, as a Christian parent, with a very heavy heart, turn him in to the police. Just an example. Because do you actually love them, or do you just want to protect them forever, right? And even if you’re protecting them, you’re just spoiling them, you’re just reinforcing their behaviour.

Ultimately you could say that our “ambition” for Auggie is actually: we just want him to love Jesus, and to love Jesus’ church.

Ultimately you could say that our “ambition” for Auggie is actually: we just want him to love Jesus, and to love Jesus’ church.

I: That was really encouraging. Especially how you guys have thought through quite a lot of these things already, even though Auggie is only like, 20 months old?

J: Yeah. It’s good to think through all these things even before you have a kid.

I: Right! Yeah. So I’m really glad that as an older sister, like a “che che” in church, you’re telling me all of this now so that I can also properly think about motherhood rightly.

J: You’re most welcome! Really glad to. I hope everyone is also encouraged as well.

I: I’m sure they are. Thanks again, Jan. Thanks for your time. 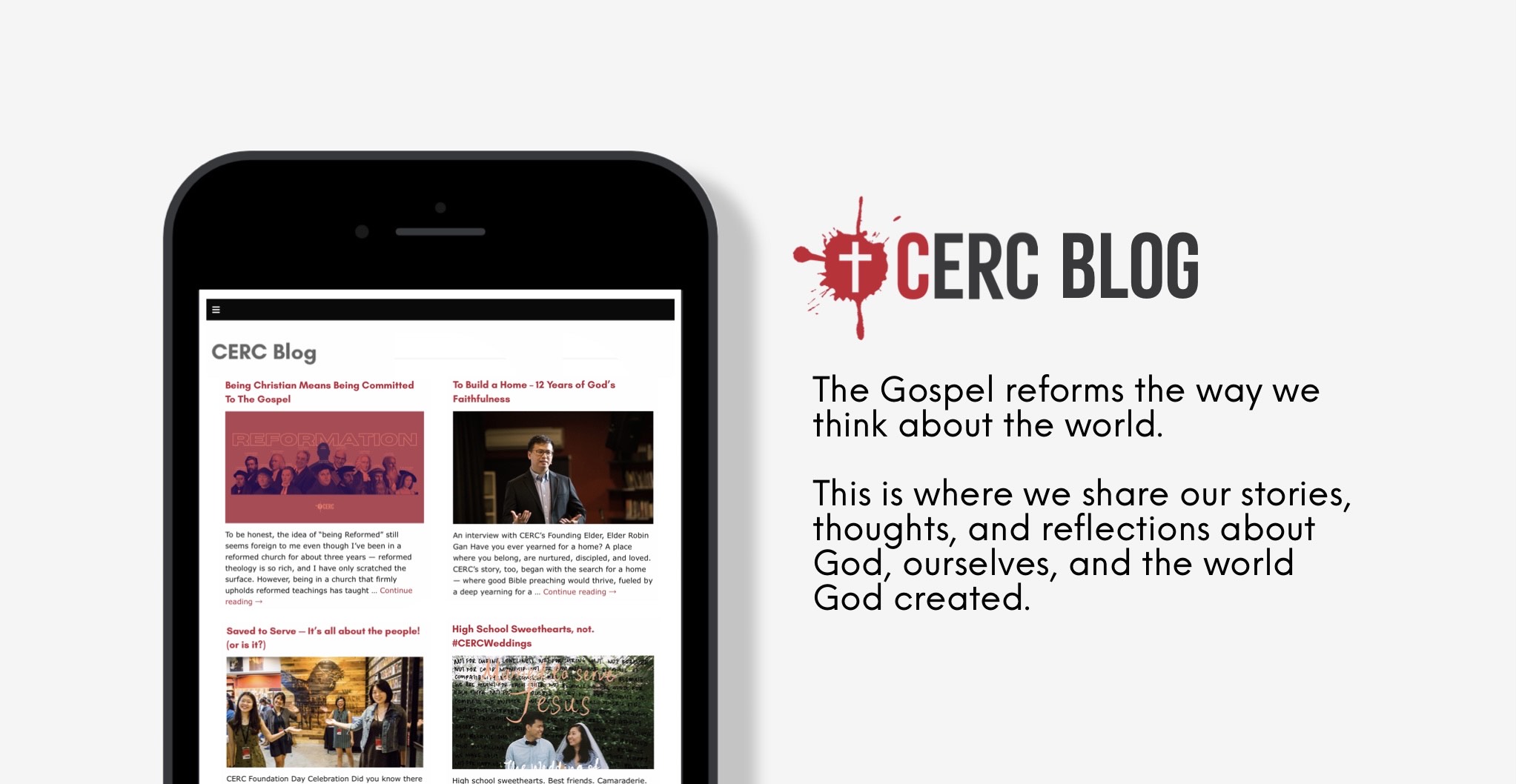